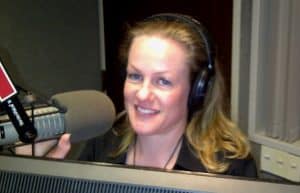 Gretchen Fritz became involved in conservative politics in 2006, rising through the ranks of Young Republicans; she was the treasurer and a past chair of the Will County Young Republicans as well as the secretary of the Federation of Illinois Young Republicans. Gretchen was the second member of the Joliet TEA Party and one of the April 15, 2009 TEA Party organizers.

In 2015, after having been elected twice to public office, first as precinct committeeman then as a Plainfield library trustee, Gretchen was elected to the Will County Board representing District 5.

Gretchen studied journalism at Millikin University, has a master of library science degree and is a graduate of the Illinois State Police Academy.

Gretchen is co-host and producer of On Target Radio and is a journalist and editor of the quarterly newspaper The Illinois Shooter. Gretchen is also an instructor for SAFER USA and holds NRA pistol instructor, NRA Range Safety Officer, Illinois Concealed Carry Instructor and Utah Concealed Carry Instructor certifications. She specializes in personal protection and women’s issues.