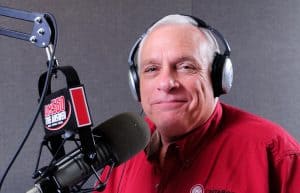 David is the president and founder of SAFER USA, a Chicago-based firearms training school. Founded in October 2006, SAFER USA has trained over 7,000 beginner, advanced, concealed carry and tactical students.

As president of On Target Media Group, he wrote the free weekly industry newsletter On Target Newsletter for over five years. Beginning September 2012, David began executive producing and co-hosting On Target Radio, a live weekly broadcast radio show on Chicago’s #1 conservative talk radio station – AM560 THE ANSWER. Together with co-host Gretchen Fritz, they cover the red meat issues that affect your life from gun control to freedom of speech. David is also co-anchor for The National Shooting Sports Foundation’s SHOT Show TV in Las Vegas, a regular contributor to the print publication, The Illinois Shooter, and was previously a columnist for Town Hall Media’s BearingArms.com

David is a court qualified expert witness in the design, maintenance, operation and use of firearms and levels of force relating to the use of firearms for personal protection. He was an expert witness in Wilson v. Cook County and Friedman, M.D. & ISRA v. The City of Highland Park – both challenges to existing assault weapon bans – and has been retained on numerous civil and criminal cases. He founded and is principal of SAFER USA Consulting Group (www.guntestimony.com) – an expert witness consulting group consisting of diverse firearms industry experts covering issues ranging from training and tactics to lead mitigation and range safety issues.

David is an NRA Training Counselor and Instructor, Chief Range Safety Officer, Illinois Certified Firearms Instructor, Illinois Concealed Carry Instructor, NRA Law Enforcement Instructor, has an NRA Range Development and Operations Certificate, was one of the original NRA State of Illinois Youth Camp Coordinators, an NRA Distinguished Expert Marksman – Handgun, Utah Concealed Carry instructor, and specializes in the use of lethal force, personal protection in the home, and close quarter engagement tactics. He is also a past IHEA Master Instructor and a lifelong upland and waterfowl hunter.

David joined the Army and volunteered for service in Vietnam where he was assigned to the First Infantry Division’s medical corps. He was also briefly in the Navy and has a total of 20 years as an armed auxiliary deputy sheriff in two states.

Now retired, for the past fifteen years David has been a senior editor for Aviation International News where he covered business aviation worldwide, was an investigative journalist and did extensive personality and corporate profiles. He was also executive producer, writer and anchor for AINtv producing live news coverage of the major airshows around the world including the Paris Airshow, Dubai Airshow, Singapore Airshow, European Business Aviation Conference (Geneva) and Asian Aerospace (Hong Kong). He has over 3000 articles published and is the author of several books on aircraft systems for pilots and on the topic of flight simulation. During his tenure at AIN he amassed over 1.7 million airline miles traveling all over the world on assignment.

In 1989 David won a journalism award from the Aviation/Space Writers Association for his first book, “Aircraft Systems: Understanding Your Airplane.” He has since published two other books which have been translated into Chinese and Spanish. Since 2005 David has been runner up for the International Aerospace Journalist of the Year award six times making it the most expensive free dinner in Paris you’ll ever eat.

David was also a research pilot and taught aviation as a university Professor and Academic Dean at three different universities. He spent two years at The Second City, Chicago’s famous improve venue, worked as a comedic actor for 10 years in the ‘90s, and is a frequent seminar and after-dinner motivational speaker.